We turned in early last night, we were both absolutely exhausted. As an added bonus we slept in this morning too. It’s not like we have somewhere to be!? The plan was to move Taleisin to a mooring closer to Lin’s place.

After we finally decided to wake up we went on deck and the cove was nearly empty. We were trying to figure out which mooring we were supposed to pick up. After a bit of back and forth Annie suggested that we row over and check it out, even tough it would be a right pain to row back.

While we were busy trying to get Cheeky off the cabin top a friendly sailor came along side in a kayak and introduced herself. We invited her on board for a bit of a chat as it was quite choppy in the spot we anchored. It turns out that her boat was on the mooring next to the one we were moving to. We asked her if she’d mind helping us move. She was a real sport and jumped to it. 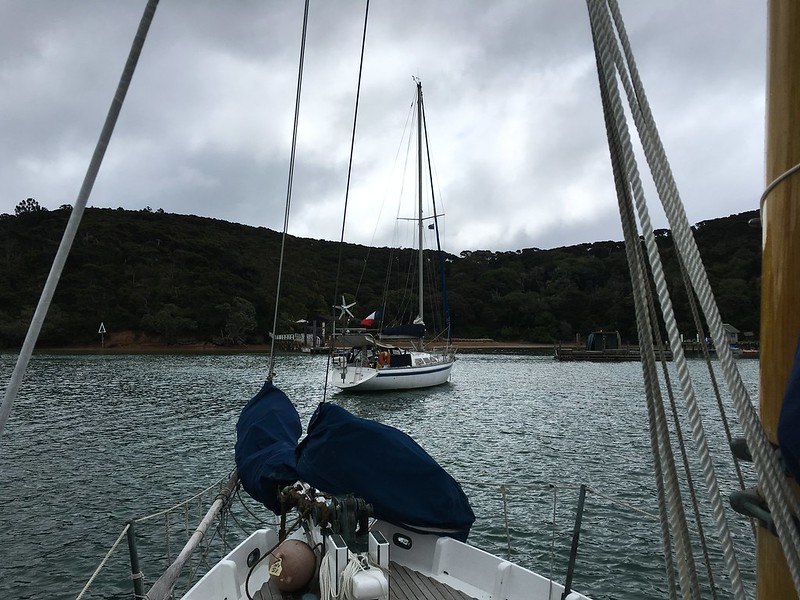 I felt bad putting her on the windlass as she wasn’t comfortable on the helm and our cat does not like strangers so we couldn’t give her the easy job of flaking the chain into the chain locker. I winched in most of the chain as it’s really hard work and left the last bit to her. Later she mentioned that she was real proud of herself for using the manual windlass but that she really appreciates the electric windlass on her boat.

It was fairly uneventful apart from the fact that I still need to learn that the wind affects the boats direction, so heading in the direction I want to go in is not likely to be the direction we’re actually going. The two girls did a great job fending off a power boat that I would have hit otherwise.

We did a couple of takes to get close to the right mooring (which turned out to be the wrong mooring in the end). Annie grabbed the mooring buoy like a champ and we were tied on in no time at all.

Once on the mooring we decided that it’s probably time to have a shower so we gave the shower facilities on board a try. After all this is the reason we have no inboard engine. While it will take a little bit getting used to the shower it was still much better than trying to shower while camping. I think we’ll keep the bath tub instead of putting an engine in there!

After we were nice and clean Annie decided that she wanted to tidy and put things in a bit more order. I chose to go up on deck to replace some lines. After all I’m lugging 3 bails of line with us to do just that. I replaced the old preventer vang that was getting on in the years a bit. Annie suggested that I upcycle a bit of old cruddy rope to weave a mat for our cat to use as a scratchy pad. I broke out the Ashley books of knots and found something that looked suitable. Here’s the result: 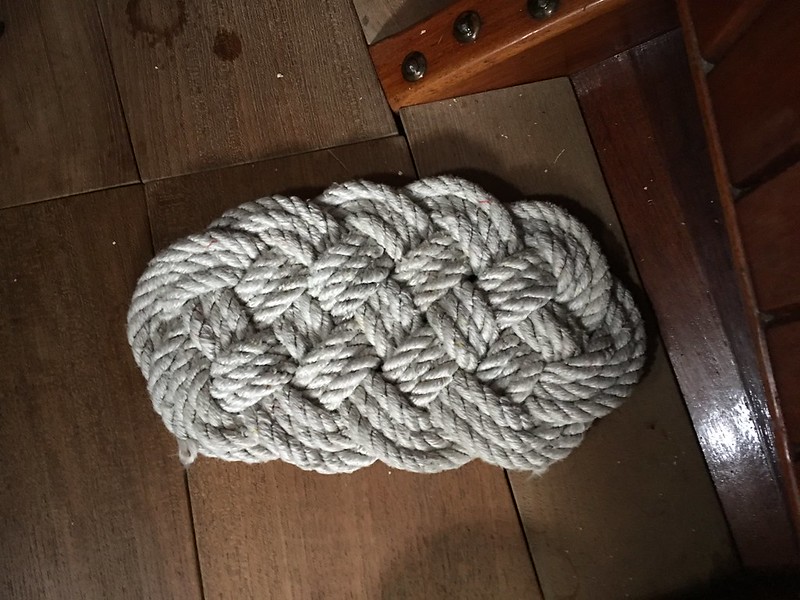 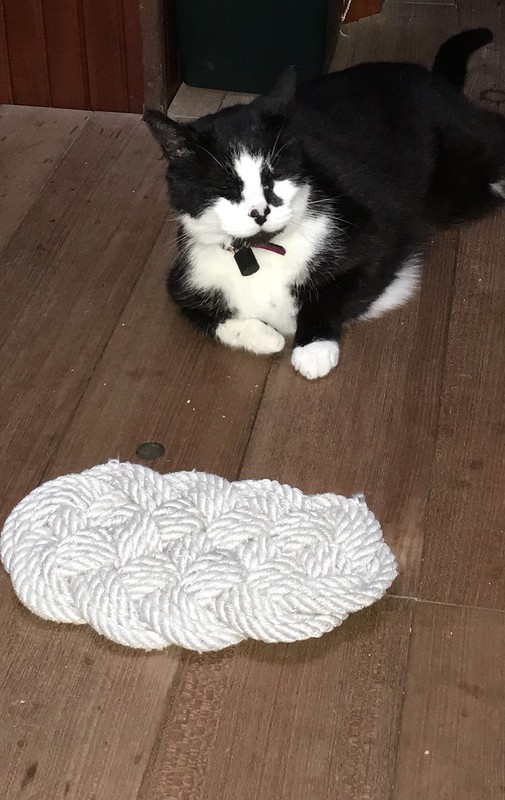 After finishing what we set out to do on board we rowed ashore to have a nice visit with Lin. 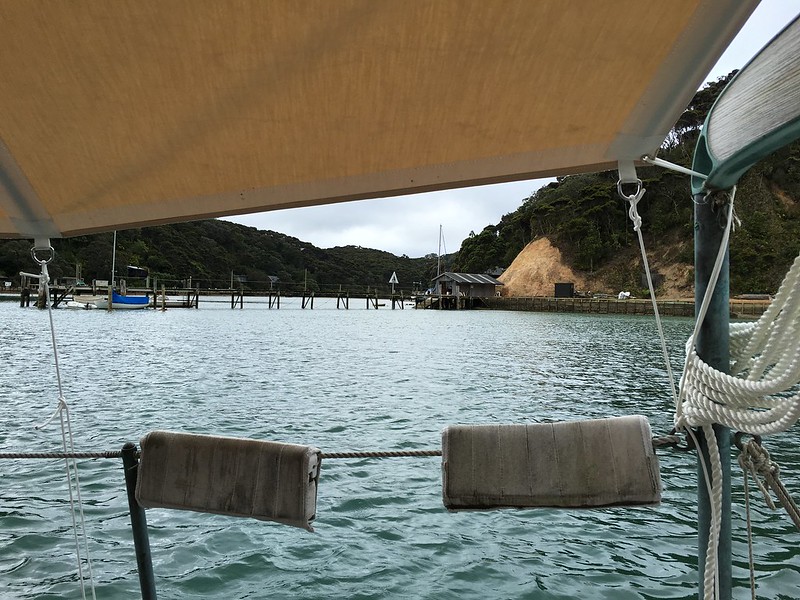 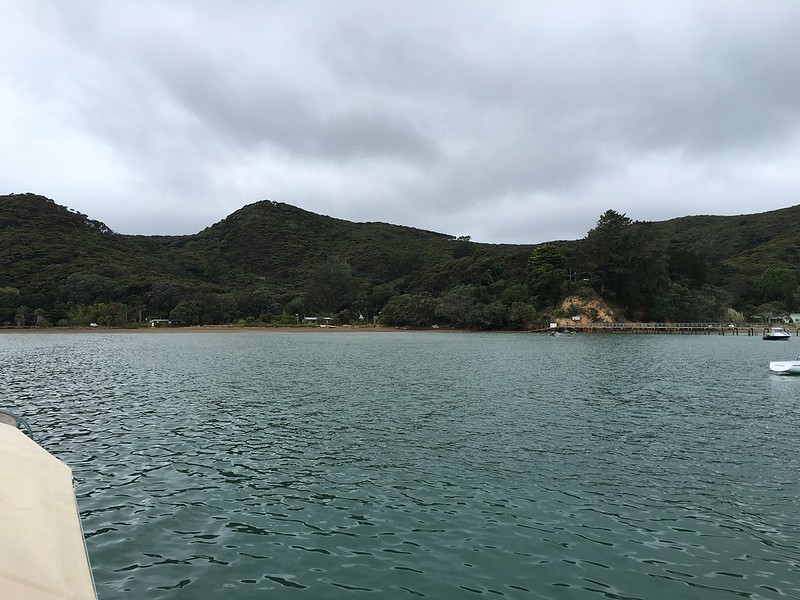